The end of financial year is upon us again so I wish to remind you to finalise any transactions as required under the R&D Tax Incentive to ensure you don’t miss out on any potential return as follows:

To claim eligible R&D expenses incurred from associated parties (by reason of family or business ownership connections) an R&D entity must have “paid” such expenses by the 30th June or the last day of the financial year for any non-standard reporting period entities. If for any reason these expenses are not paid by the 30th June, the R&D entity may elect to:

As an outcome of COVID-19 the scheme administrators have extended the period in which finding applications can be lodged to the end of September but this only applies if a provisional application is lodged by the 30th June – don’t miss out.

Please note that obtaining a positive Advanced or Overseas finding outcome from Innovation Australia does not ensure that all of the costs you wish to claim are 100% eligible unless you also obtain a ATO private ruling, this has been catching some claimants our recently.

If you are bootstrapping and not taking a salary to keep costs low whilst you kick off your R&D start-up business, think again, as this may not be in your best interests. By bootstrapping, you not only undervalue the intellectual property you are developing in your company but you may also negate your ability to claim a 43.5% reimbursement of the true costs incurred under the R&D Tax Incentive. If you are spending most of your time undertaking eligible R&D activities you should consider paying yourself an annual salary by paying PAYG tax and the associated superannuation guarantee levy related to any salaries by the end of June each year.

As the ATO puts no limitation on what you decide to do with the net portion of your salary you may decide to loan it back to your company, by doing so the net benefit would be the differential between the personal tax rate paid on the salary plus super versus the 43.5% tax offset earned by the company.

As the IP you are developing holds value, bootstrapping may result in a under valuation of your business when it comes time to raising capital because you have not substantiated the value undertaken in the early stage of the business.

Please note that Directors fees, franked dividends and trust distributions are not eligible expenses under the R&D Tax Incentive.

Applications for the 2019-20 grant year open on 1 July 2020, and in a further boost to exporters impacted by COVID-19, the Trade Minister Hon Simon Birmingham announced that the initial grant ceiling amount has been increased from $40,000 to $100,000.

Applicants who are entitled to a grant up to $100,000 will receive their full entitlement at the time of determination. Only grant amounts over $100,000 will be subject to a modulated  second tranche payment in June 2021.

The increase in the grant ceiling amount will ensure that the majority of EMDG applicants receive their full entitlement, providing a much-needed funding boost and a timely cash flow injection.

Applications lodged in the early months of July & August are generally assessed and paid within 4 weeks, so there is a clear incentive for exporters to prepare and lodge their 2019-20 EMDG applications as early as possible.

The Government also announced that the export performance test, which normally applies to applicants in grant years 3 and beyond, will not apply for the 2019-20 grant year.

Accordingly, eligible exporters will be able to seek up to 50% reimbursement for eligible marketing expenses without the secondary export earnings test applying.

Applicants are still limited to a maximum of 8 grants under EMDG, and the export performance test is likely to return in 2020-21.

Austrade have confirmed that expenses incurred during 2019-20 for activities that did not eventuate as a result of Covid-19, for example overseas flights or trade fairs, will still be claimable expenses provided the exporter has not received, or is not entitled to receive, a credit for those expenses.

The Government commissioned a review of the EMDG Scheme and export assistance in Oct 2019. The Review, chaired by SA exporter Anna Fisher, was to report to the Minister by the end of March 2020. Covid-19 has obviously changed the goalposts for not only the Review but also Government assistance in general.

We understand that the Review is being updated and revised, and will be provided to the Minister in due course. How the Government responds to the recommendations of the Review shall become apparent in the later part of 2020. While there is a commitment to export assistance, the Government is examining what is the most effective and efficient form of export support.

TCF can assist  with free, no obligation services such as:

Give us a call.  We may be able to help your business. 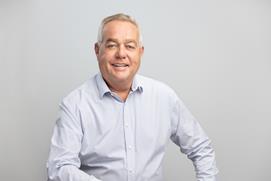 Gerry Frittmann and the team at TCF Services

The controversial changes to reduce benefits under the R&D Tax Incentive (RDTI) have been further delayed. The Senate Economics Legislation Committee was originally scheduled to conduct public hearings before delivering their report in April 2020. As an outcome of the COVID – 19 pandemic, public hearings will be held over the coming months with the committee’s report now expected to be delivered in December.

The Coalition government originally intended to pass the legislation for applicability to the 19/20 financial claims lodged in the 20/21 tax year, however, as a result of this latest delay, any proposed changes cannot be passed as Parliament won’t resit until February 2021 after which most claimants would have already accessed the existing benefits.

This would indicate that any changes made would not be retrospective – the very point that the Treasurer Josh Frydenberg would not confirm. We do however expect the RDTI offset rates to remain the same for 19/20 Tax claims.

What does this mean for you ?

The future of the bill beyond December is uncertain

While the Government has committed to the new measures and a focus on reduction in R&D spend, the opposition has stated they “want a real and genuine engagement with the stakeholders who are going to be impacted” (Brendan O’Connor, Shadow Industry Minister).

The community response to these changes remains the same. Nearly 100 submissions were received during the initial phase of the Committee review of which nearly all were critical of the new measures.

If successful, the new measures are likely to apply to the 20/21 R&D claims.

TCF can assist  with free, no obligation services such as:

Give us a call.

Gerry Frittmann and the team at TCF Services